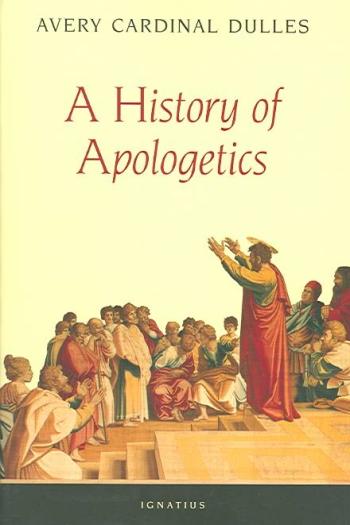 ENGLAND IN THE SEVENTEENTH AND EIGHTEENTH CENTURIES [Pp.135-147]

Edward, Lord Herbert Cherbury (A.D. 1583-1648) best represents deism.  In Edward’s On the Religion of the Gentiles, he held that: 1st, Mankind is an infallible index of truth and that God had impressed certain common religious notions.  2nd those who subscribe to natural religion are members of a church that really should be called “Catholic”.  3rd, He doesn’t totally dismiss the notion of revelation, but denies that it communicates additional truths.  These views forced apologetics to come up with creative advances.

Edward Boyle (A.D. 1627-91) was one of the earliest opponents of deism.  In his book The Christian Virtuoso (1690), Boyle defended the truth of Christianity through focusing on: The sublimity of Christian Doctrine; the Testimony of miracles, and History’s witness of the benefits of Christianity for mankind.

Richard Bentley (A.D. 1622-1742) a classical scholar who through his The Folly of Atheism and What is Now Called Deism, even with Respect to the Present Life, argues against: Hobbes Leviathan; the evil consequences of atheism for the individual and the society; and seeks to prove God’s existence.

Isaac Newton (A.D. 1642-1727) endorsed Bentley’s apologetic.  In his Observations upon the Prophecies of Daniel and the Apocalypse of St. John, he asserts that to reject the prophecies contained in Daniel equals rejecting Christianity.

Samuel Clarke (A.D. 1675-1729) an Anglican who wrote A Demonstration of the Being and Attributes of God, in response to Spinoza and Hobbes, he uses metaphysical arguments to establish God’s necessity, eternality, etc.

John Locke (A.D. 1632-1704) known for his Essay Concerning Human Understanding (1689), found fault with the theory of innate ideas and sought to base religious knowledge through man’s sense experience of the world.  For Locke, there is natural and special revelation.  In his Discourse on Miracles, he maintains that the criteria of revelation: 1st, must deliver nothing derogating from the honor of one, 2nd, it must not inform man of things different; and 3rd, it must be confirmed by supernatural signs.  Locke takes for granted the historicity of the Biblical miracles.

John Tolland (A.D. 1696) published a treatise Christianity not Mysterious, where he rejects Locke’s idea that there could be a revelation superior but not contrary to reason.

Matthew Tindel (A.D. 1730) published Christianity as Old as Creation, where he argues that the Bible is nothing more than a republication of the religion of nature.

Joseph Butler (A.D. 1692-1752) the Anglican clergyman who became Bishop of Bristol, in his book The Analogy of Religion, Natural and Revealed, to the Constitution and Course of Nature (1736), he holds that the religious empiricist asserts that there’s an author and all-powerful governor of nature.  He confronts:

1st, the issue of the Scriptures reliability and affirms that all men must search for themselves to see whether or not they can be trusted.

2nd is the issue of a priori presumptions against miracles and revelation on the grounds of their singularity, since nature itself is full of irregularities and singularities.

3rd, Butler’s empiricism forms the thrust of his apologetic seen by his commitment to empirically known facts, as opposed to metaphysical notions.  He is able to accept the obscurities in the evidence and accounts for them.

David Hume (A.D. 1711-76) did much to attack miracles.  In his book, Dialogues on Natural Religion, he criticizes the traditional arguments for design.  Contemplating the universe, one can conclude that all that exists is a blind nature, not a governor of the cosmos.  In his Essay on Miracles he concluded that human testimony could never be sufficient to establish a miraculous event.

William Paley (A.D. 1743-1805) in his Principals of Moral and Political Philosophy, he proposes a Christian utilitarianism.  Paley’s apologetic is very moralistic and utilitarian in the theory of revelation.

First, Revelation among other things has the purpose of warning men of the punishments and rewards that await one according to his life on earth.  Paley, while a skillful advocate, did not probe deeply into metaphysics or criteriology and thus failed to justify his extrinsicist view of revelation or on the evidential value of miracles.