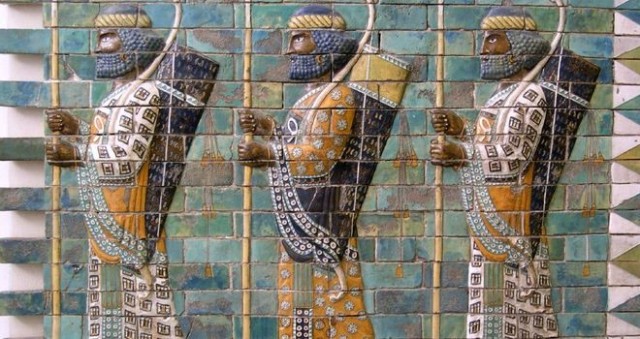 Every tribe and part of the land was organized under King David.  The commanders of the army, the chief officers of the tribes and the many overseers made life in Israel ordered and prosperous (27).  Part of human thriving comes from order, not chaos and this too comes from the LORD.  I tremble at the thought of disorder in our country today from the top down.

The temple was also to be built under Solomon’s reign not his father David because of the blood of war on David’s hands:

“Now David assembled at Jerusalem all the officials of Israel, the princes of the tribes, and the commanders of the divisions that served the king, and the commanders of thousands, and the commanders of hundreds, and the overseers of all the property and livestock belonging to the king and his sons, with the officials and the mighty men, even all the valiant men. 2 Then King David rose to his feet and said, “Listen to me, my brethren and my people; I had intended to build a permanent home for the ark of the covenant of the Lord and for the footstool of our God. So I had made preparations to build it. 3 But God said to me, ‘You shall not build a house for My name because you are a man of war and have shed blood.’ 4 Yet, the Lord, the God of Israel, chose me from all the house of my father to be king over Israel forever. For He has chosen Judah to be a leader; and in the house of Judah, my father’s house, and among the sons of my father He took pleasure in me to make me king over all Israel. ” (1 Chron.28:1-14)

As God chose King David so also he chose Solomon to rule over Israel.  However the stipulation for ruling righteously was simple—obey the LORD and you’ll be blessed, reject God and he’ll reject you:

5 Of all my sons (for the Lord has given me many sons),He has chosen my son Solomon to sit on the throne of the kingdom of the Lord over Israel. 6 He said to me, ‘Your son Solomon is the one who shall build My house and My courts; for I have chosen him to be a son to Me, and I will be a father to him. 7 I will establish his kingdom forever if he resolutely performs My commandments and My ordinances, as is done now.’ 8 So now, in the sight of all Israel, the assembly of the Lord, and in the hearing of our God, observe and seek after all the commandments of the Lord your God so that you may possess the good land and bequeath it to your sons after you forever.  9 “As for you, my son Solomon, know the God of your father, and serve Him with a whole heart and a willing mind; for the Lord searches all hearts, and understands every intent of the thoughts. If you seek Him, He will let you find Him; but if you forsake Him, He will reject you forever. 10 Consider now, for the Lord has chosen you to build a house for the sanctuary; be courageous and act.” (1 Chron.28:5-9)

The time to build and move forward with the temple required courage and action and the means for said items were Gods very presence:

“All this,” said David, “the Lord made me understand in writing by His hand upon me, all the details of this pattern.”  20 Then David said to his son Solomon, “Be strong and courageous, and act; do not fear nor be dismayed, for the Lord God, my God, is with you. He will not fail you nor forsake you until all the work for the service of the house of the Lord is finished.” (1 Chron.28:19-20)

I often feel timid with life’s challenges and need the reminder to act through with courage God, the LORD has not abandoned me, but is rather graciously ever with me.

LORD, I need a renewal in my soul of the reality of Your presence in my life for I feel bowed low and weary, my sins are ever before me so hear my cry for mercy and lift me up from the miry pit and cleanse me from idolatry and the anxiety it produces in me.  Also help me live in light of life’s brevity before Your face, my LORD and my God:

“But who am I and who are my people that we should be able to offer as generously as this? For all things come from You, and from Your hand we have given You. 15 For we are sojourners before You, and tenants, as all our fathers were; our days on the earth are like a shadow, and there is no hope… 28 Then he died in a ripe old age, full of days, riches and honor; and his son Solomon reigned in his place.” (1 Chron.29:14-15, 28)