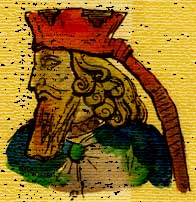 The prophet Elijah is one of the most significant memorable Biblical characters especially because of the signs and wonders he through God’s power.  He predicts the drought that ravaged Israel for three years (17:1).  By Gods command he’s fed by the ravens (17:6); he’s also fed by the widow at God’s direction (17:9-16); he’s the man of God who raised the dead widows’ son (17:21-24) and he’s the prophet who on Mount Carmel demonstrated God’s power vengeance (18:1-40).  He showed God’s power as the sacrifice was consumed from heaven and the LORD’s vengeance as he slew the false prophets of Baal, all of which was in keeping with God’s law.

Moreover, after the land was cleansed from idolatry, the drought ends (18:41-46) and the prophet outruns the chariot of Ahab to Jezreel.  Something perturbing however occurs when Jezebel hears of the events at Mount Carmel: she threatens to take Elijah’s life and the prophet flees in fear (19:1-4).  Why?  The queen is a mere mortal but Elijah is God’s man as previously noted, so why is he afraid of her threats?

God in the wilderness entreats the prophet, “…what are you doing here Elijah?” (19:9), as if God had changed His power and favor toward the prophet.  God asks the Elijah the same question and he gives the same answer essentially, “I’m sold out for You and Your ways, but Your enemies want to kill me” (19:14).  Puzzled by the prophet’s behavior, I consulted a commentary [Expositors Bible Commentary, Vol.4, pg.148] and several explanations were offered.

First, Elijah could have fled because Jezebel was no mere woman, but a cold hearted fierce, unrepentant queen and because this movement of revolution she knew could not succeed without a leader, Elijah knew he was the target.  But the prophet had come to see himself as too important as a result of his God-given success and now pride arose in him [pg.148].  Why did he go from such glorious heights to the depths of despair?  Perhaps because Elijah was basking in the glory of the spectacular…but God does not always move in the realm of the extraordinary.  To live seeking one spiritual high after another is to have a misdirected zeal for most of life is lived in the valley, in the quiet humble routines of obedience to God’s will [Ibid., pg.148].  Jezebel’s unrepentant heart after said events seemed to have disheartened Elijah.

Another view rests on the use of a vowel in the MT.  According to Allen, “and he was afraid” is not a correct translation but rather, “and he saw” is the proper rendering of the term in line with the MT vowel system.  The point is that Elijah fled not for fear but because of a broken heart over the queens unrepentant soul (Ibid., Pg.149) and paganism’s continuing power over the nation.

Third, perhaps Elijah knew that he was no better than his fathers (19:4) and so he desired to die.  This extreme request sees the prophet going into the wilderness for 40 days and nights to Horeb.  This experience is similar to Moses’; both waited for 40 days without food on Horeb, both experienced Gods presence in a new way—Moses with the tablets of stone and glory that shone on him, Elijah found God in a sound that gently blew (19:12).  This is not an animistic reference to God where he is the gentle blowing wind, but shows that God acts through the most insignificant ways of which often we are unaware.

Thus far, a faithful man of God emerges who is burdened with a nation (Israel) that truly does not love nor worship the one true “God”.  The LORD is despised by Israel seen through their idolatry where the worship of the creature trumps worshipping the creator.  God however is gentle with his prophet and patient with wayward Israel.