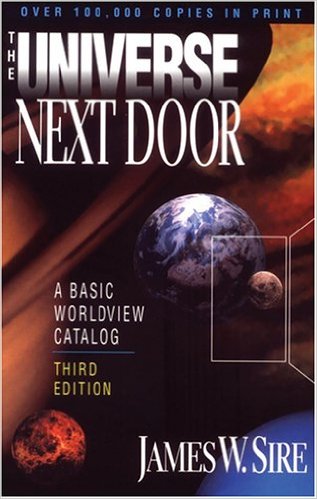 Sire argues that existentialism arose as a response to nihilism.  This view of reality comes in atheistic and theistic forms.  After the horrors of WWI people needed answers to make sense of all the evil experienced.  Sartre and Camus gave aid through their literature.

Atheistic existentialism (AE) presupposes naturalism’s world of only matter in a closed system of cause and effect where choices are real but for humans they’re only imagined.  Thus, for (AE) one goal is to derive meaning from non-meaning seeing that matter doesn’t “care” about meaning, matter just is.  Much of what transpires is what Schaeffer describes of the Upper/Lower story of reality (Pg.98), where values are subjective and unverifiable, as opposed to science which is objective and verifiable.

Humans determine their essence by actions, not by some intrinsic quality (E.g., image bearers) and thus are free to choose their own destiny as kings of their subjective world.  True here is the mantra; conceive, believe, achieve.  For the (AE) death is the pinnacle of absurdity rather than a signpost pregnant with meaning (E.g., God’s judgment for rebellion).

Ethics is a bit of a conundrum for what is—ought to be, because we determine what meaning is.  Hence, when one chooses it’s never to do evil, but always to perform the good.  If this is the case, then what defines the good, the sociopath?  When ethics is ultimately grounded in the creature rather than in the Creator, relativism is spawned and makes life absurd.

Theistic existentialism (TE) arose from Kierkegaard’s response to the dead orthodoxy of his day which touted the keeping of rules over the nurturing of a relationship with God.  This view thus started its’ focus on how humans relate to God and the cosmos, not with God and how all of creation is to properly relate to Him (Pg.107).

Reading through some highly abstract positions was somewhat of a bore but from this view came the movement known as Neo Orthodoxy (NO) which among other things emphasized either (according to Sire) Pelagianism or a hyper Calvinism.  Many (NO) don’t believe in the historicity of biblical accounts but rather see them as mythical and symbolic.  Much of this came from German “scholarship” that imbibed naturalism as a fact (Pgs. 113-115).  This chapter was by far the most difficult to follow because of the subjects’ writers deep abstraction.  Nevertheless, I can see residues of this theology with many of my church friends.